Key One of the Four Key Special Needs Planning System is to create a community of caregivers. You’ll probably need a guardian and a trustee, but other people can be involved in less formal ways.

One way to use people who are interested in your child is to use them as extra eyes to watch out for problems.  If your child is frequently alone with a caregiver, or lives in a group home, ask people to visit at random times.  This not only gives your child visitors, but it gives you an opportunity to check in on how your child is being cared for and helps encourage caregivers to pay closer attention to your child.

But It Was More Personal Than I Thought

I get asked sometimes why I do this kind of law, and my answer always involves the fact that I have special needs kids of my own, and I know how important the things I do are to the quality of life for the kids and the family. But my passion comes from a deeper place.

What I gave her was a folder full of legal documents – a power of attorney, medical power of attorney, HIPAA Release, and a few others.  I told her “now that you’re an adult, these are some of the most important things you will do for yourself and your loved ones. “   She was skeptical, but finally got around to filling them out and properly completing them.  She even gave me copies to keep safe for her (I’ll admit I planted that idea in her mind).

After that I got to thinking about how many new adults don’t have these documents and don’t even know they exist, let alone why they need them. 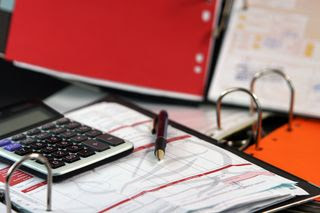 As a result, I recently created  the Young Adult Kit, a do it yourself guide that provides templates and step by step instruction for young adults to make sure that parents or others can help take care of their life in an emergency.  I am passionate about getting the word out to parents of these young adults that they need to educate their kids on how important this is.

A few short days after I first started advertising and selling this kit, I found myself extremely grateful to myself for getting my daughter to do this stuff.

Because that week, we became the unlikely event that I preach about.  My daughter, who has struggled with mental health issues all her life, found herself on a mandatory hold in a psychiatric hospital Sunday morning.  To make matters worse, the timing was such that her high school graduation and University enrollments were in limbo. A contract and substantial deposit for housing had been sent in the day before her event.  The psychiatric hospital has strict contact and visitation rules, so without her consent none of us could communicate with her.  And she was very angry when she was taken there, so it’s no surprise we did not hear from her.

The contract with the University is hers, but the money was her mother’s.  My daughter could cancel the contract without penalty by the following day, but no one could get in touch with her. There was a possibility that she would be deemed incompetent for a time to care for herself, but with four parents it’s unclear whether the doctors would be willing to choose any of us to stand in her stead.  And problems with the nightmare that is health insurance coverage in cases of mental health treatment could only be handled by my daughter because of privacy laws.

Except, she had completed the documents I gave her on her birthday.  We had her own grant of permission to go in and take care of her university withdrawal and other necessary business, which prevented the needless loss of money and preserved her ability to re-enroll when she was ready.  We also had her grant of permission, made in a calmer time, to talk with medical staff and insurance company personnel to make sure that she received all the coverage that she so desperately needed.

When her mother called me after her hospital admission, desperate to figure out a way to deal with all of these things, I was able to tell her – it’s covered.  You don’t need to worry about that part. Take that off your plate, your daughter did you a huge favor by preparing for events like this in advance.

While there was still plenty to worry about, it was far more manageable because of the very simple steps she had taken months before.

You may never need these things.  But if you do, you will be so grateful that you have them.

Give a kit to all the young adults in your life.  Send this article to a friend.  Help spread the word about this very important part of being an adult.   The Young Adult Kit for Texas Residents